Originally published in The Pillar, May 2012

As I sit in the warm sunlight of Tom Swope’s classroom, I realize that oddly enough, I’m nervous. I can’t help but see this as a historic interview. Since Tom is retiring at the end of this year, he is making his last statement for the newspaper after years of being the go-to source for any information about Athenian’s past. Normally, in the context of photography class or while waiting in line for the salad bar in the Main Hall, I see Tom’s wry smile and think only of his witty jokes and silly catch phrases.  But now, tape recorder in hand, I have a rather impossible task before me: to find out every deta
il about the venerable Tom Swope and put his very essence into one piece of writing. A daunting task indeed.

Sprawled comfortably on the couch, feet propped up at one end, iPhone in hand, and clad in his customary tie-dye t-shirt, Tom grins at me. I settle into the wooden chair at the desk, surrounded by photos and notes from students, typewriters, quotes, and a half full tub of Redvines. I sit barefoot and cross-legged and place the tape recorder between us. The journey begins.

“It seemed instinctively that it was time to go,” said Swope. After forty-two years at Athenian, Tom is the last faculty member on campus who was hired by Athenian’s founder, Dyke Brown. Tom has been everything from literature teacher to head of the English department, to Dean of Students and Dean of Faculty. After growing up in Massachusetts and graduating from Washington University, Tom moved to California, “because it is 3,000 miles away from Boston,” and started teaching at Athenian in 1970.

Tom saw a description of Athenian in a column by the educator John Holt. “He described the Athenian school as a counter culture school,” said Swope, “which of course it probably wasn’t, but it was close enough to be intriguing. It was an intriguing listing for a school that was not caught up in ruts of tradition and conformity.”

At first, Tom had no intention of spending his life teaching. “My original plans were of the moment. For one thing, The Athenian School was not a place where one had plans,” said Swope. He was inspired to become a teacher by mentor David Pynchon, the then headmaster of Deerfield Academy in Massachusetts.

After coming to Athenian, Tom saw that it was the place for him,“[In the early years] it was an innovative school,” said Swope. “It was one of the few co-educational boarding schools on the west coast, and the only one within thirty-three miles of the Free Speech Movement on the Berkeley campus. Who would ever in their right mind start a school under those circumstances?” Tom noted that it was difficult for Brown to deal with the practical aspect of running a school. “I mean, it’s a bunch of adolescent kids,” said Swope, “What do you think is going to happen?”

Athenian was a different place in the 70s. As Tom put it, “there were no job descriptions,” and the sixteen faculty members worked together to make a functioning school for about 120 boarding students. All of the teachers lived on campus, and houses were assigned by position. This way, teachers taught in the classrooms attached to their own houses, and having class was like teaching in one’s own living room. 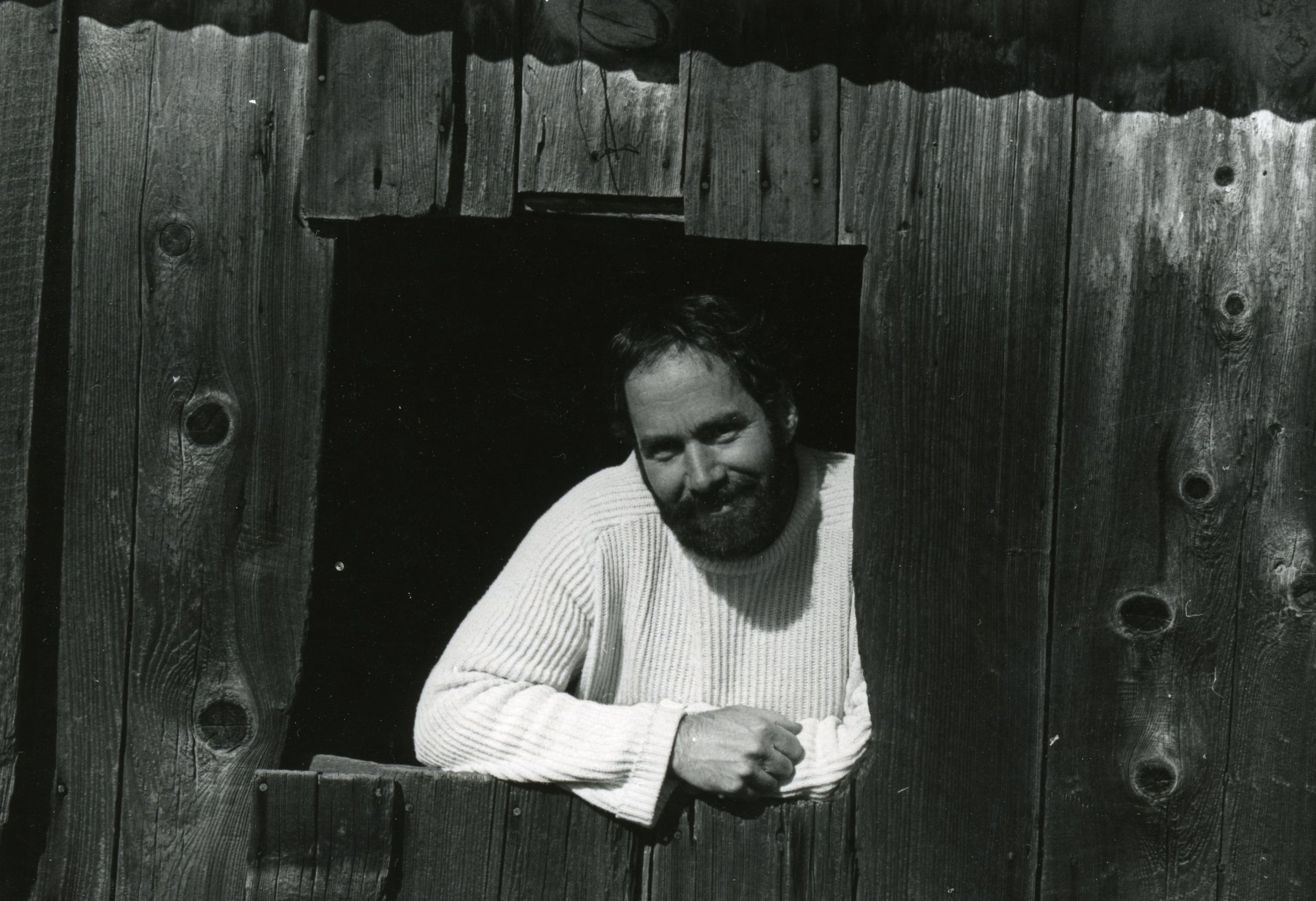 “Without sentimentalizing it, there was this pioneer spirit,” said Swope. “Everybody participated in a common cause even without especially articulating what that cause was. It was as if we already knew it. Of course, this was a fantasy to some extent. The school has grown up.” Tom described Athenian as misunderstood at first; rumored to be a school for geniuses, drug rehabilitation, and everything in between.

Tom admits that his first year teaching, he didn’t quite know what he had gotten himself into. He recalls one of his ninth grade students as “a very dramatic child,” and when he teased her about her midterm grades, she got a bit offended and replied by saying, “F*** you!” Tom shot back with,” I may be quick witted, but I’m not double jointed.”

“I realized at that moment that this was going to be a different teaching experience than I had initially thought,” said Swope with a laugh.

Nonetheless, Tom was obviously not deterred from teaching, though his teaching style has changed through the years. “When I first started to teach,” said Swope, “One of the first books I taught was Great Expectations by Charles Dickens. I was an absolute tyrant about the details of that book, thinking that if they didn’t understand each part that the whole thing would be a failure. I’m now much more interested in the students’ sense of themselves. Ultimately I’m as interested in the students’ ability to connect the literature to issues that are important to them as opposed to simply hammering on the symbolism.”

Aside from being a literature teacher, Tom is better known as the photography teacher. Tom started the photography program on a whim in 1978, and at first there was no darkroom to speak of. Students developed their film in the basement of Ridgeview and printed photos in the main hall. About ten students shared one enlarger in an upstairs office. One summer, Tom and George Brown, who was on the maintenance staff, built the darkroom in Middlefield.

“Photography moved from being an avocation to a vocation,” said Swope, “Only where love and need are one, and the work is play for mortal stakes, is the deed ever really done.” He begins, in a manner that is so characteristically Tom Swope, to quote a Robert Frost poem.

I smile as he plucks these lines of poetry from thin air. There is no doubt that Tom is one of the most beloved teachers on campus, though he is quick to brush this praise aside. Tom has a quiet but central presence at Athenian, and he attributes his many years here to his loyalty to Dyke Brown. Always humble, Tom says, “Any success that I have had has depended a great deal on the authenticity and the courage of the students. I’m not the easiest person to understand initially. I have heard that I have kind of a forbidding aspect to me.”

Tom is the anchor of our community and a precious tie to years past. The real question is not if Tom has had an impact on Athenian – because the answer is a resounding YES! – but what we will possibly do without him?

“Goodbyes are always very difficult,” Said Swope, “But teaching is such that it is very important to say goodbye to students. I don’t want to be misunderstood, but it is only high school. You will have many more extraordinary experiences in your life. It is very important, I think, for teachers to let go of students because it is a very peculiar relationship. We are not really friends per se, and it doesn’t translate well in that regard. I much prefer to say goodbye to students than to pretend that something will necessarily persist thereafter. They will go off to lead more exciting lives. High school is important while it is going on, and only after when it is put in perspective.”

Though at first I thought that Tom recited this poem out of the blue, I have found that Robert Frost’s words ring true to Tom’s career at Athenian. Tom has been able to unite both work and play, to dedicate his life to a school with a mission he believes in, and to teach with a passion that inspires others:

But yield who will to their separation,
My object in living is to unite
My avocation and my vocation
As my two eyes make one in sight.
Only where love and need are one,
And the work is play for mortal stakes,
Is the deed ever really done
For Heaven and the future’s sakes.