Reprinted from the Athenian Magazine 2017 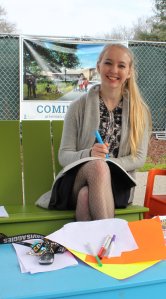 When Sofia Kavanaugh ‘17 started Applied Science at the beginning of her senior year, she thought she would learn how to use a saw and wasn’t really sure what else. Little did she know that she would embark on a project that could change the way surgeons treat scoliosis.

Applied Science is an untraditional course, Sofia explains. “Eugene [Mizusawa] sets us loose and tells us to think of something we’re interested in, not something that’s going to bore us a couple months from now.” Some of Sofia’s classmates set to work on a range of projects. William Yao ‘17 wanted to build a robot that could carry heavy camera equipment on movie sets. Emma Cottrill ‘17 used a personal experience with a concussion to fuel her search for an on-the-field concussion detection device. Rock Williams ‘17 and Ryan Keller ‘17 wanted to build a motor that mimicked the movement of a joint socket, rolling around rather than backward and forward or side to side. But Sofia wasn’t sure what she wanted to do.

Eugene prompted her to think about what she was passionate about. “He asked what my interests were and I told him I was interested in medicine and anatomy,” Sofia remembers. Eugene thought of a 9th grader on the robotics team who he knew had scoliosis and had undergone an experimental surgery. In short, Grace True ’20 had a spinal surgery that in time overcorrected her scoliosis, forming a curve in the opposite direction and necessitating a second surgery. Surgery is always risky, so Grace, Sofia, and fellow Applied Science classmate Peni Magari ’17 set about creating a mathematical and computerized 3-D model that could help surgeons perform the surgery with more precision necessitating fewer surgeries. 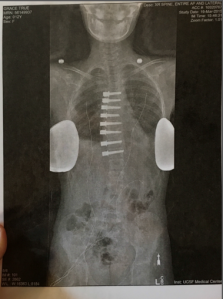 An x-ray of Grace’s spine

Unlike older scoliosis surgeries that fuse the spine together restricting movement, Vertical Body Tethering (VBT) works to correct spinal curvature by screwing a tether into the spine of a still-growing scoliosis patient. As the patient grows, the tether pulls the spine back while still allowing for a full range of motion. The problem is that there is no way to test how tight to screw in the tether. In Grace’s case, she grew more than was expected in a short amount of time, and the tether pulled her spine past vertical into a curve opposite of the one she started with. While the first surgery went well, after a year, Grace needed a second surgery to alter the tightness of the tether to accommodate her rapid growth.

Sofia and the team were left with the question: How can we measure the tension in the tether and figure out a mathematical and computerized model of predicting how tight the tether will pull and how much the spine will correct? They set about creating a model that surgeons could use to enter the patient’s height, weight, predicted growth, and other measurements and predict using a 3-D model what tether pressure would have the best outcome.

After extensive research and pulling into the project a 9th grader with coding expertise, Kate Oxley  ’20, they used Grace’s x-rays and cat scans to create a digital 3-D model of Grace’s spine. They were able to print the model using 3-D printers so they could feel and see for themselves what they had been studying. Using the Cobb Method, they set about measuring the degree of spinal curve. Measuring the Cobb angle at various stages of growth is the baseline data needed for making predictions.

A highlight of the project, the team spoke with Grace’s surgeon to get more information on the flaws in the surgery and what problems he anticipated with the model.  Sofia says, “Up until we met with the surgeon, it had been all talk. What if we did this? What if we did that? The surgeon showed us what we needed to work on. He saw the project for what it was and really believed in it. It was definitely a cool moment.”

Sofia notes how important and also how unusual this class is, even at Athenian. The students are given freedom to explore a passion and see where it takes them. “In other classes, you’re more dependent on the teacher, but in this class, it’s all you doing it. Athenian is one of the only places that would allow that kind of freedom.” A class without strict attendance rules and no specific assignments may not sound like a class at all to some people. Yet the outcomes of this course make its value self-evident. Sofia shares the impact the class had on her, “I’ve always been a motivated person, but this class tested me: if someone isn’t watching, will you still put in the work? It taught us how to be self-motivated and learn about the things we really wanted to. The kind of perspective the class gave me I’ll definitely carry with me through college.”

Sofia further raves, “This class and these types of classes are really important. Getting to learn in a new way that is purely directed by you is incredibly beneficial. It gave us more confidence as there’s no one telling us this is the exact procedure you have to follow. Everything was driven and created by us. Since we are younger and we still have a lot of school left, we often get told we don’t know or can’t do certain things. This class was the complete opposite of that. A high schooler can come up with a super complex project and have it be used by the world.”

The team made a lot of progress during the year but there is still more to do. Sofia isn’t exactly sure where it will go from here, but she hopes Grace and Kate will keep working on the project the next couple of years and take Applied Science as seniors. She also plans to stay involved in whatever way she can as she moves on to college.

Sofia started at University of California Los Angeles in fall 2017; while her major is undeclared, she plans to be in the pre-med track. Asked what she wants to do after school, she responded with a wise smile, “Right now, I want to be a vet. But there’s still a small chance that I might become a physician given that I would probably be the 5th generation. It’s kind of in my blood.” 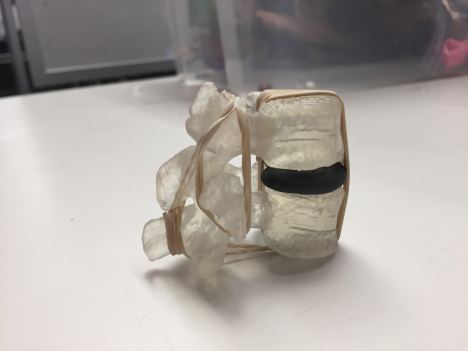 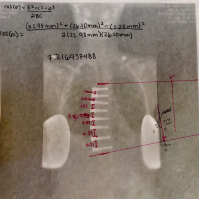 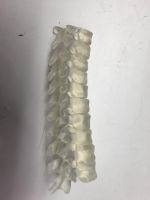